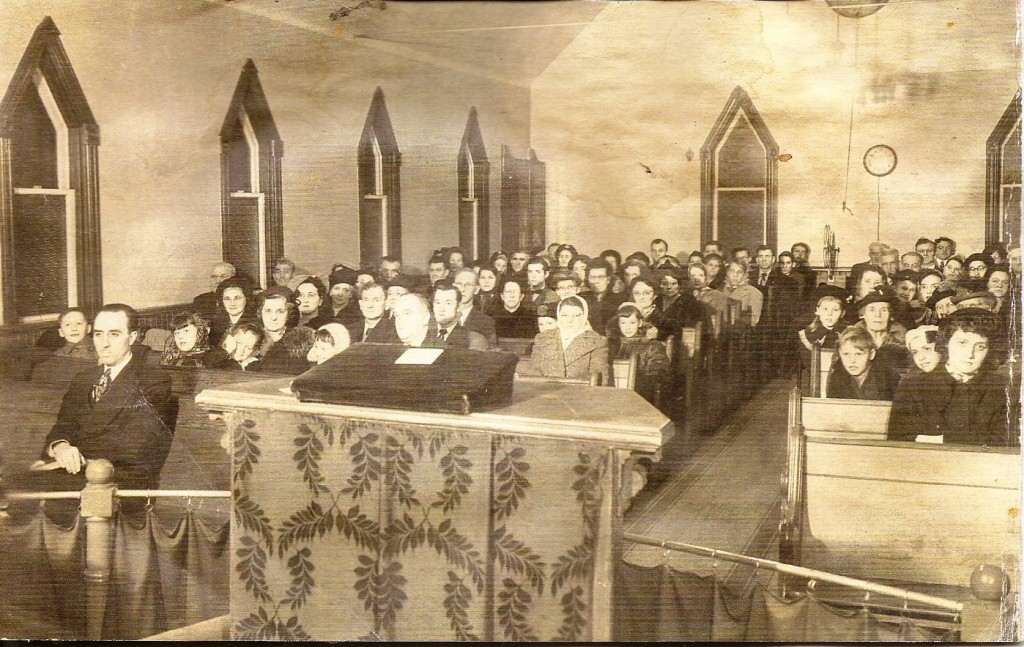 View from the platform of the Cookstown Road church, 1951 or 52. The projector at the back suggests this was a Sunday evening service, when the church sometimes showed religious movies.
Click on the picture to enlarge it. Can you help identify the members in this picture? Please post in comments! 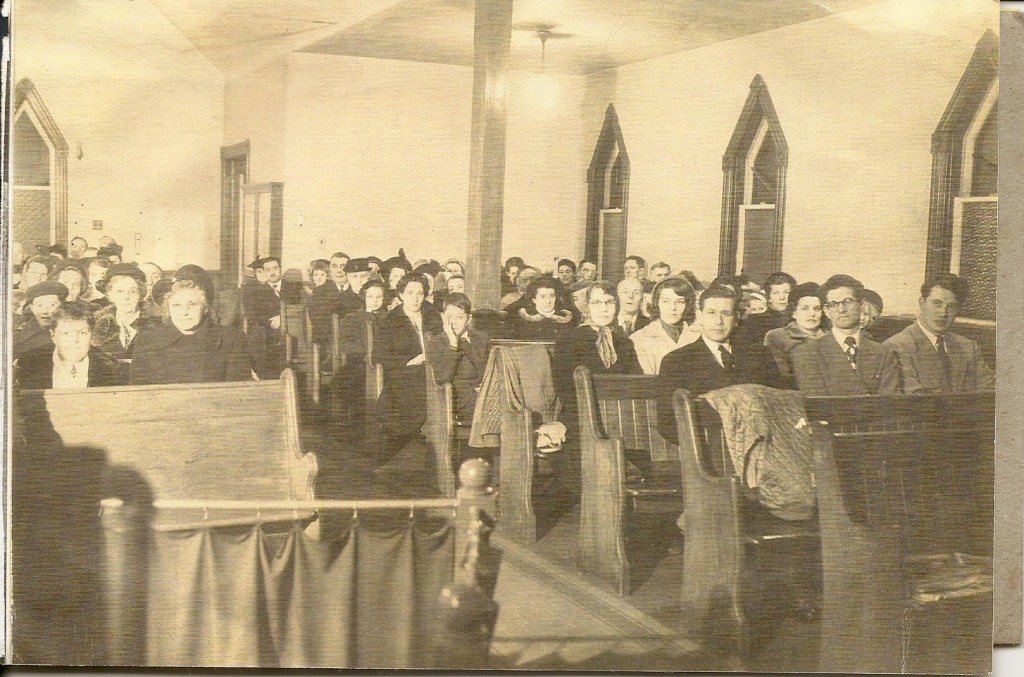 The right side of the church, completing the panorama with the picture above. Can you identify anyone in this picture? Click to enlarge it.

The St. John’s Seventh-day Adventist church was formally organized as a congregation in October, 1896 with 18 charter members; the first pastor was S. J. Hersum, who sometimes made headlines in the local newspaper by debating ministers of other churches in public debates on the Sabbath. Those first 18 members were:

Note that the first six or possibly seven names on the list were missionaries; the last eleven are local converts.

The church on Cookstown Road was built in the early 20th century. George Henry Morgan, who was a member of the Church of England at the time, recalled in later years that while he was a member of the Cathedral of St. John fundraising committee trying to raise funds to put a steeple on the cathedral after the devastating fire of 1892, he was shocked to discover that the Seventh-day Adventists were building a church of their own. He was surprise and a bit annoyed to think that “this ragged-tailed bunch could build a church” while the Anglican Cathedral, home to some of the wealthiest men in the city, couldn’t raise funds for a steeple. His curiosity was piqued, and he began attending a series of meetings there which led to him and his family joining the church.

That church that the “ragged-tailed bunch” were building served the Adventist congregation until 1957, when they moved to the former Congregational Church building on Queen’s Road.

Go back to Church History page

Our Pathfinders and Adventurers went door to door

Welcome Back! We are excited to relaunch our LiNC

Calling all youth, young adults and families! You

We’re so excited and proud of Katie who begins h

Join us tomorrow at church for Sabbath School and

Are you or a loved one suffering from Depression a