The first Seventh-day Adventist school in St. John’s, Newfoundland, met in the living room of the first Adventist convert, Mrs. Anna Pippy, and was taught by her sister, Elizabeth Milley. While we have no photographs going back that far, we do have some early pictures of school groups and would love to have your help in identifying some of the people in these pictures. 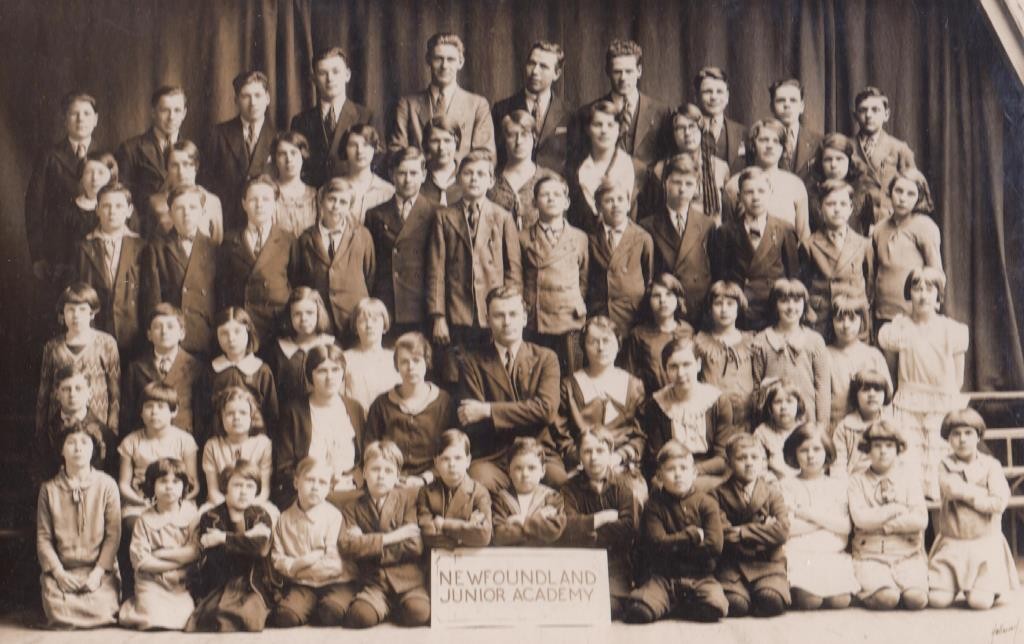 This picture dates from the late 1920s. Click on the image for a larger view. Can you identify any of the teachers or students? 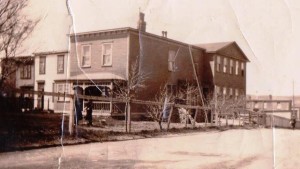 The first Adventist school building in St. John’s was at 106 Freshwater Road, next door to the manse. Throughout many changes of staff and student body, this building remained the heart of Adventist education in St. John’s until 1997.

Adventist teachers, principals and education superintendents often came to Newfoundland from other parts of Canada and the U.S., enriching the local church with their talents and energy as well as educating the schoolchildren. 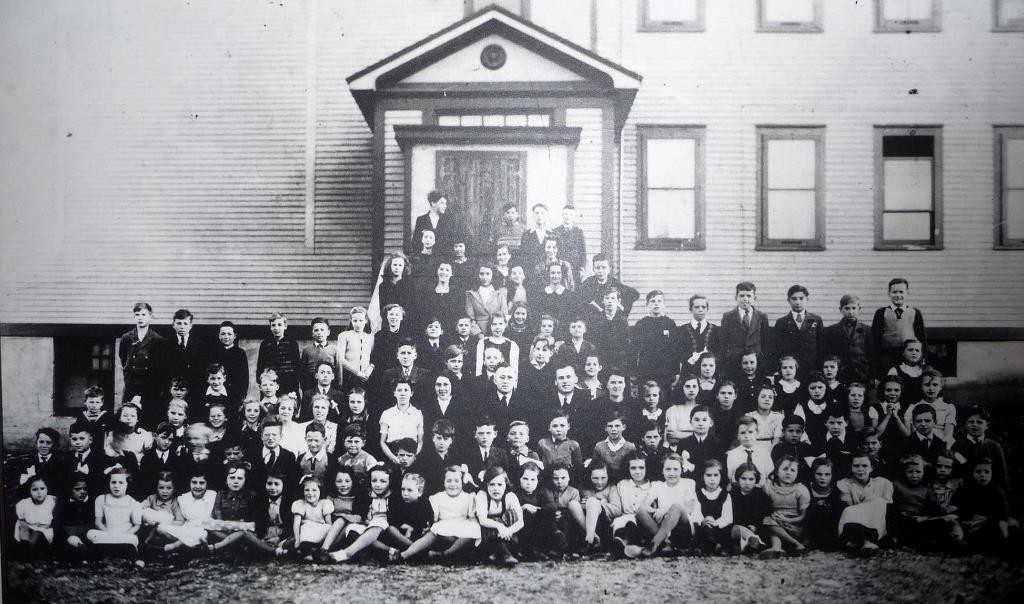 This picture, taken in front of the school building on Freshwater Road, dates from 1942/43. Click on the picture for a larger view.

As the school population grew throughout the 1950s and 60s, the need for a second school building arose. Although the size of the Adventist congregation in  St. John’s was never large, government support for denominational schools in Newfoundland meant that an education at the Seventh-day Adventist school was free to anyone who wanted to attend, and the majority of students were not from church-member families but children and young people from the neighbourhood and others who appreciated the Adventist school’s small size and personal touch, and chose to attend there. A second school building for grades K-6 was built at 154 Freshwater Road in the early 1970s, while the original building continued to house Grades 7-11. (After the Newfoundland high school system changed to include Grade 12 in 1983, the school taught Grades 7-12). 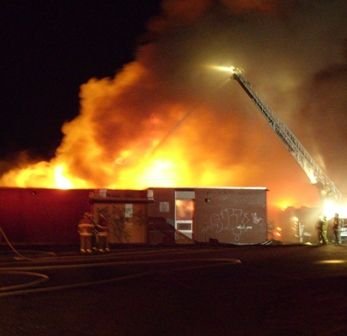 When government funding for denominational schools was withdrawn in 1997, the original school building at 106 Freshwater Road was sold to a local businessman who operated it as the Rabbittown Theatre for several years. That building is currently unoccupied.

The Seventh-day Adventist church continued to operate the building at 154 Freshwater Road as a private school until 2003, when it closed due to financial difficulties. The church owned the building for several years after that, and the possibility of moving the church building to that property was considered for a time.

In the end, after standing vacant for several years, the building at 154 Freshwater Road was sold. The night after the sale was finalized, the building was destroyed by fire. The ruins were torn down, and condominiums have since been built on the site.

Though the Seventh-day Adventist church no longer operates any schools in Newfoundland, generations of people who went through the Adventist education system are left with fond memories of their school years and a  firm foundation of Adventist teaching that lingers through the years. Many people in St. John’s who went on to become lifelong, active members of the Seventh-day Adventist Church came from non-Adventist homes and had their initial contact with the church through their years attending our church schools in this city.

Back to Church History page

Are you or a loved one suffering from Depression a

Register today for the third Chat on February 25,

Have you ever listened to a sermon and wished you

Chat with the Pastor is happening tomorrow, Friday

Hi Church Family, You'll be delighted to know we

As a result of the Covid-19 Outbreak in our provin

Wednesday, January 5 at 7 PM will be our first gat

As a result of the recent Covid-19 Outbreak, the L

This is the day that the Lord hath made, let us re

Join us for prayer meeting tomorrow evening via zo